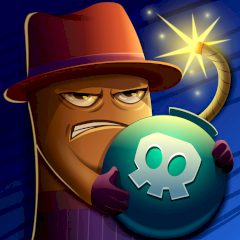 Jacob has a dream. He wanted to build an amusement park free for all children. But where do we get the money for this project? Jacob showed bankers his project, but they ridiculed him, drove away. Offended, but has not lost hope, he decided to rob the bankers that he was denied. Help Jacob rob banks and to build for the money, the park of his dreams.

Mao Mao How to Draw Adorabat